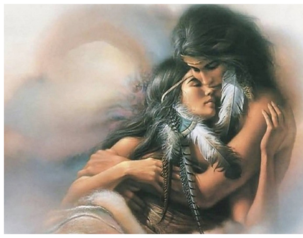 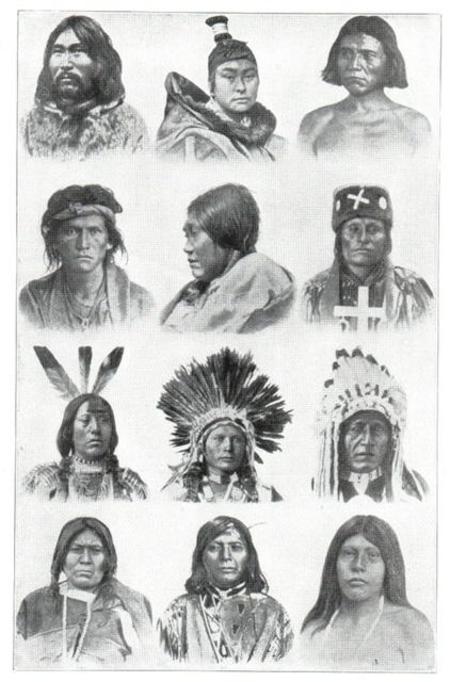 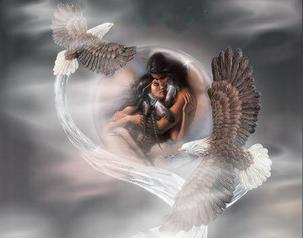 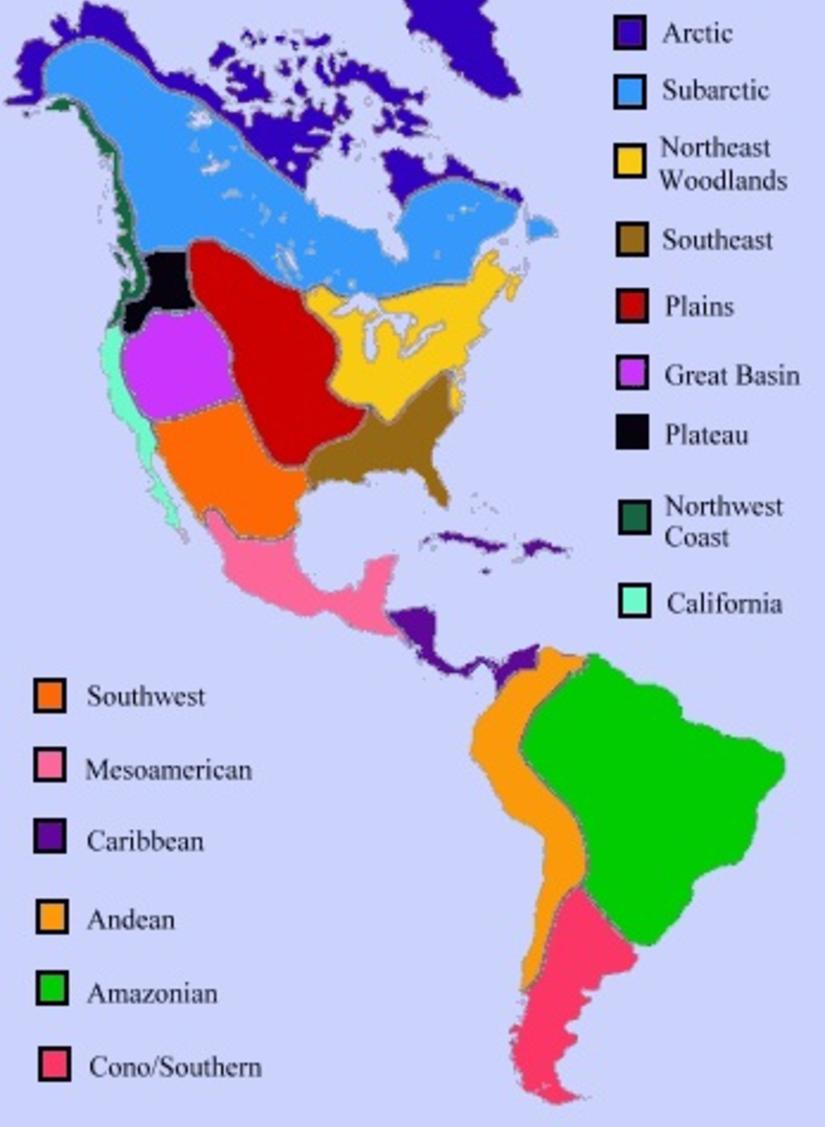 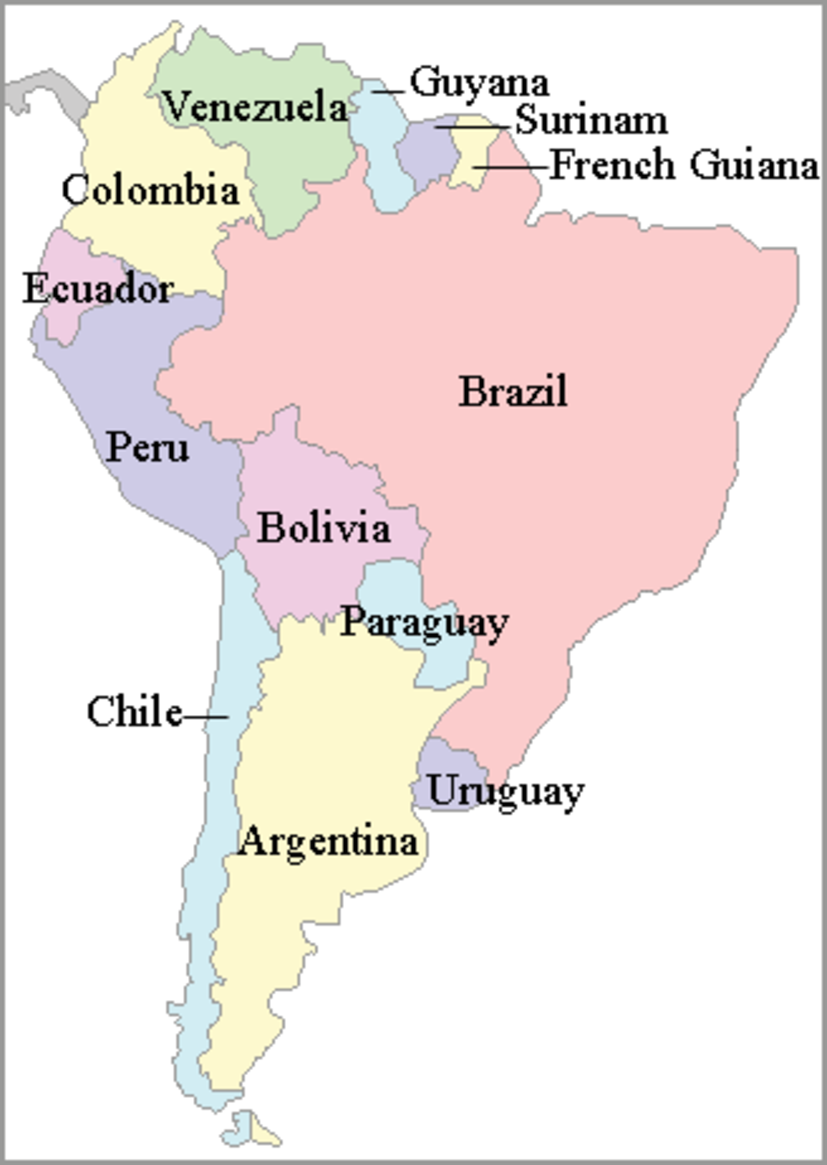 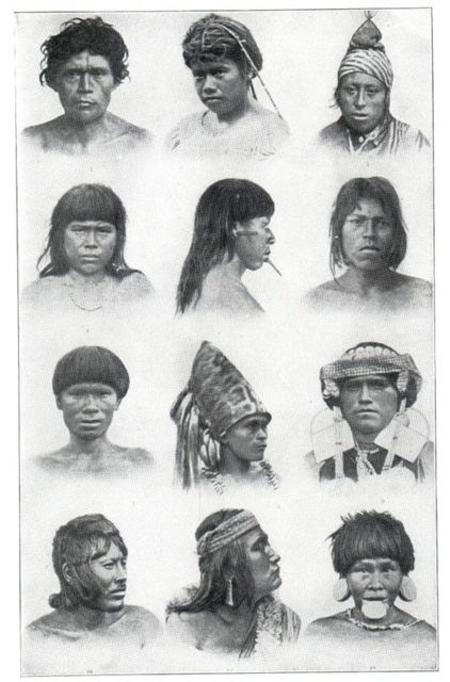 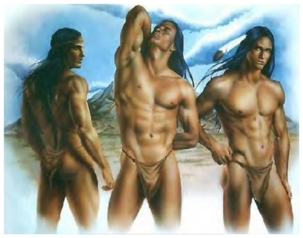 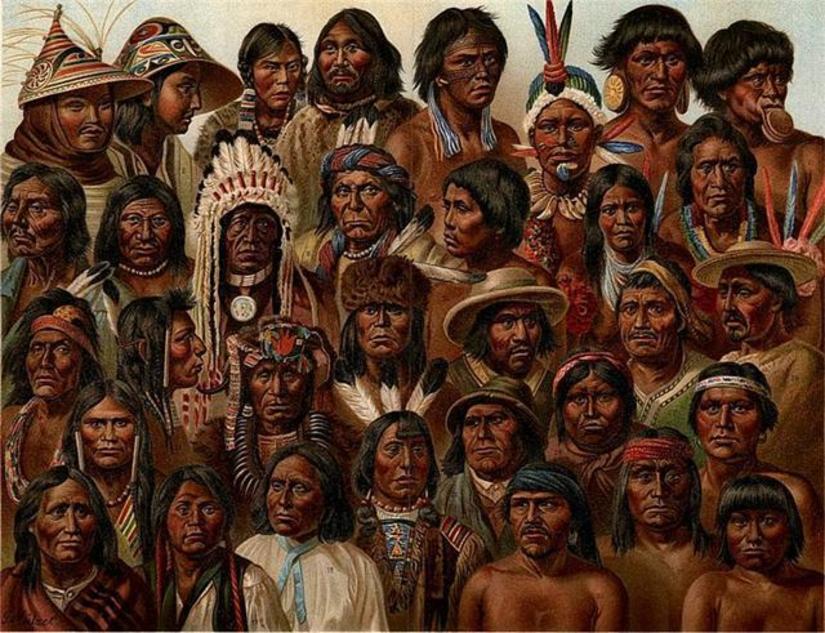 Native Indigenous of the Americas

North and South America were the last inhabited continents to be populated by humans. No more than 20,000 years ago, thanks to low sea levels, the first “immigrants” to the Americas were able to cross a land bridge from northern Asia into what is now Alaska and Canada via the Bering Strait. Much of the native population remained nomadic hunter-gatherers, but a number of more advanced cultures developed as well. Many places had rich soils, warm temperatures and plenty of rain. The Mississippian culture, centered in the region later named for it, farmed maize and had a complex, stratified society. The Mayans of Central America were highly advanced, known for their writing, astronomy, art, mathematics and highly developed

The first contact with Europeans likely came when Leif Erickson and his Icelandic Vikings established a temporary settlement in Canada. But it wasn’t until Christopher Columbus arrived 500 years later that European colonists began exploring and settling the region in earnest. Early Spanish explorers like Hernando Cortes, Juan Ponce de Leon and Hernando de Soto brought things the indigenous population had never seen before, such as horses, guns and smallpox. With no natural immunity to European diseases and no way to compete with the newcomers’ superior firepower, many Native Americans died or were pushed out of their ancestral lands.

Later, the United States government adopted a policy of “civilizing” native tribes, encouraging indigenous people to give up many of their traditional ways so members could be assimilated into American society. As settlers continued moving westward, many tribes were relocated. However, there are still many Native American groups throughout North America that retain their indigenous languages and traditions, particularly in northern Canada and in Mexico. A few, like the Pima, who live along the Gila and Salt Rivers in modern-day Arizona,

were able to keep at least parts of their traditional territory.

In South America there are some indigenous peoples in the Amazon area who have had little or no contact with people outside their tribes. However, most of South America’s indigenous populations were deeply affected by European occupation. New diseases and weapons took their toll there as well, and local populations and cultures often waned or disappeared as European colonization spread. Today some of those same cultures, and the indigenous people who did survive, are recognized for contributions to fields as varied as art, agriculture and medicine.

North and South America were settled by at least three waves of migrants from Asia, who occupied the Americas from Canada to the southern tip of Chile. North America was initially occupied by people who came from Siberia and coastal North Asia. Probably fewer than 1,000 individuals crossed the Bering land bridge; they were likely tracking animal herds and discovered an expansive new territory. Native Americans appear to derive from this initial wave of migration. Mounting evidence suggests they dispersed rapidly along the western coast of the Americas, perhaps by sea, within a period of only about a thousand years. Not long after humans first appeared in today’s Alaska and the western United States, they had already settled as far south as the tip of modern-day Chile. Then they migrated inland. These settlers were dramatically successful. In only a few thousand years they had occupied the entire landmass.

The native people of the Americas are divided into several cultural regions. Cultures developed opportunistically as the first migration moved quickly down the Pacific coastline of the Americas and then inland. While these breakdowns vary, the North American regions typically include the Arctic, Subarctic, Northeast Woodlands, Southeast, Plains, Great Basin, Plateau, Northwest Coast, California and Southwest. Central and South American regions can be broken out into the cultural areas of Mesoamerica, Caribbean, Andean, Amazonian and Southern Cone or Cono.

This is an index to the Native American language and cultural information pertaining to South American tribes. Some pages contain more information than others. If you belong to an indigenous tribe of South America that is not currently listed on this page and you would like to see it here, please contact us about contributing information.