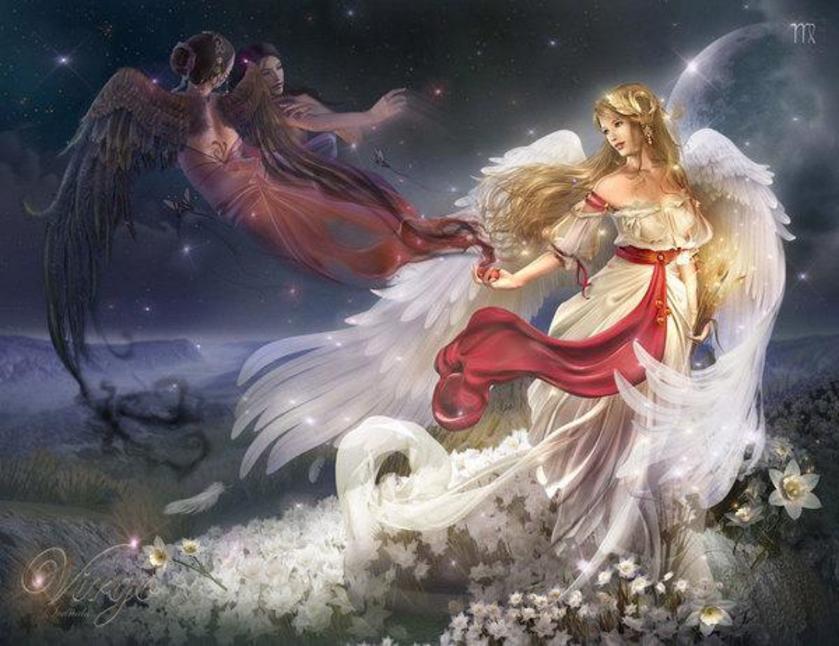 The Urantia Book, Urantia Papers or The Fifth Epochal Revelation is a spiritual and philosophical book that discusses God, Jesus, science, cosmology, religion, history, and destiny. It originated in Chicago, Illinois, sometime between 1924 and 1955. Its authorship remains a matter of speculation. The authors introduce the word "Urantia" as the name of the planet Earth and state that their intent is to "present enlarged concepts and advanced truth" in an "endeavor to expand cosmic consciousness and enhance spiritual perception." Among other topics, the book expounds on the origin and meaning of life, humankind's place in the universe,

the relationship between God and people, and the life of Jesus.

The exact circumstances of the origin of The Urantia Book are unknown. The book and its publishers do not name a human author. Instead, it is written as if directly presented by numerous celestial beings appointed to the task of providing an "epochal" religious revelation. For each paper, either a named celestial being, an order of being,

or a group of beings is credited as its author.

As early as 1911, William S. Sadler and his wife Lena Sadler, physicians in Chicago and well known in the community, are said to have been approached by a neighbor who was concerned because she would occasionally find her husband in a deep sleep and breathing abnormally. She reported that she was unable to wake him at these times. The Sadlers came to observe the episodes, and over time, the individual produced verbal communications that claimed to be from "student visitor" spiritual beings. This changed in early 1925 with a "voluminous handwritten document", which from then on became the regular method of purported communication. The Sadlers were both respected physicians, and William Sadler was a debunker of paranormal claims, who is portrayed as not believing in the supernatural. In 1929, he published a book called The Mind at Mischief, in which he explained the fraudulent methods of mediums and how self-deception leads to psychic claims. He wrote in an appendix that there were

two cases that he had not explained to his satisfaction.

The Urantia Book, is 2,097 pages long, and consists of an introductory statement

* Foreword :  is presented as a guide to the terminology developed in greater detail in Part I, and provides an explanation for words and phrases that are : "In designation of Deity and certain associated concepts of the things, meanings, and values of universal reality".

* Part I : The Central and Super universes : consists of 31 papers that address what are considered the highest levels of creation, beginning with the eternal and infinite "Universal Father", his Trinity associates, and the "Isle of Paradise".

* Part II : The Local Universe : is composed of 25 papers pertaining to the origin, administration and personalities of  "local universes," in particular the local universe of "Nebadon" that is said to contain Urantia. It presents narratives on the inhabitants of local universes and their work as it is coordinated with a scheme of spiritual ascension and progression of different orders of beings, including humans.

* Part III : The History of Urantia : includes 48 papers that compile a broad history of the Earth, presenting a purported explanation of the origin, purpose, evolution, and destiny of our world and its inhabitants. An additional 15 papers cover various topics such as "Religion in Human Experience", the concept of the Thought Adjuster, "Personality Survival", and "The Bestowals of Christ Michael".

* Part IV : The Life and Teachings of Jesus : is presented in 77 papers and narrates "The Life and Teachings of Jesus". Included are papers about his childhood, teenage years, family life, public ministry, and the events that led to his crucifixion, death, and resurrection. It continues with papers about appearances after he rose, Pentecost, and finally, "The Faith of Jesus". Part IV illustrates many of the concepts presented in the first three parts through the story of Jesus life.

17. The Seven Supreme Spirit Groups
18. The Supreme Trinity Personalities
19. The Co-ordinate Trinity-Origin Beings
20. The Paradise Sons of God
21. The Paradise Creator Sons
22. The Trinitized Sons of God
23. The Solitary Messengers
24. Higher Personalities of the Infinite Spirit
25. The Messenger Hosts of Space
26. Ministering Spirits of the Central Universe
27. Ministry of the Primary Supernaphim
28. Ministering Spirits of the Superuniverses
29. The Universe Power Directors
30. Personalities of the Grand Universe
31. The Corps of the Finality

57. The Origin of Urantia
58. Life Establishment on Urantia
59. The Marine-Life Era on Urantia
60. Urantia During the Early Land-Life Era
61. The Mammalian Era on Urantia
62. The Dawn Races of Early Man
63. The First Human Family
64. The Evolutionary Races of Color
65. The Overcontrol of Evolution
66. The Planetary Prince of Urantia
67. The Planetary Rebellion
68. The Dawn of Civilization
69. Primitive Human Institutions
70. The Evolution of Human Government
71. Development of the State
72. Government on a Neighboring Planet

105. Deity and Reality
106. Universe Levels of Reality
107. Origin and Nature of Thought Adjusters
108. Mission and Ministry of Thought Adjusters
109. Relation of Adjusters to Universe Creatures
110. Relation of Adjusters to Individual Mortals
111. The Adjuster and the Soul
112. Personality Survival
113. Seraphic Guardians of Destiny
114. Seraphic Planetary Government
115. The Supreme Being
116. The Almighty Supreme
117. God the Supreme
118. Supreme and Ultimate—Time and Space
119. The Bestowals of Christ Michael

139. The Twelve Apostles
140. The Ordination of the Twelve
141. Beginning the Public Work
142. The Passover at Jerusalem
143. Going Through Samaria
144. At Gilboa and in the Decapolis
145. Four Eventful Days at Capernaum
146. First Preaching Tour of Galilee
147. The Interlude Visit to Jerusalem
148. Training Evangelists at Bethsaida
149. The Second Preaching Tour
150. The Third Preaching Tour
151. Tarrying and Teaching by the Seaside
152. Events Leading Up to the Capernaum Crisis
153. The Crisis at Capernaum
154. Last Days at Capernaum
155. Fleeing Through Northern Galilee
156. The Sojourn at Tyre and Sidon
157. At Caesarea Philippi
158. The Mount of Transfiguration
159. The Decapolis Tour
160. Rodan of Alexandria
161. Further Discussions with Rodan
162. At the Feast of Tabernacles
163. Ordination of the Seventy at Magadan
164. At the Feast of Dedication
165. The Perean Mission Begins
166. Last Visit to Northern Perea
167. The Visit to Philadelphia
168. The Resurrection of Lazarus
169. Last Teaching at Pella
170. The Kingdom of Heaven
171. On the Way to Jerusalem
172. Going to Jerusalem
173. Monday in Jerusalem
174. Tuesday Morning in the Temple
175. The Last Temple Discourse
176. Tuesday Evening on Mount Olivet
177. Wednesday, the Rest Day

178. Last Day at the Camp
179. The Last Supper
180. The Farewell Discourse
181. Final Admonitions and Warnings
182. In Gethsemane
183. The Betrayal and Arrest of Jesus
184. Before the Sanhedrin Court
185. The Trial Before Pilate
186. Just Before the Crucifixion
187. The Crucifixion
188. The Time of the Tomb
189. The Resurrection
190. Morontia Appearances of Jesus
191. Appearances to Apostles and Other Leaders
192. Appearances in Galilee
193. Final Appearances and Ascension
194. Bestowal of the Spirit of Truth
195. After Pentecost
196. The Faith of Jesus

THE URANTIA BOOK  -  Other Formats 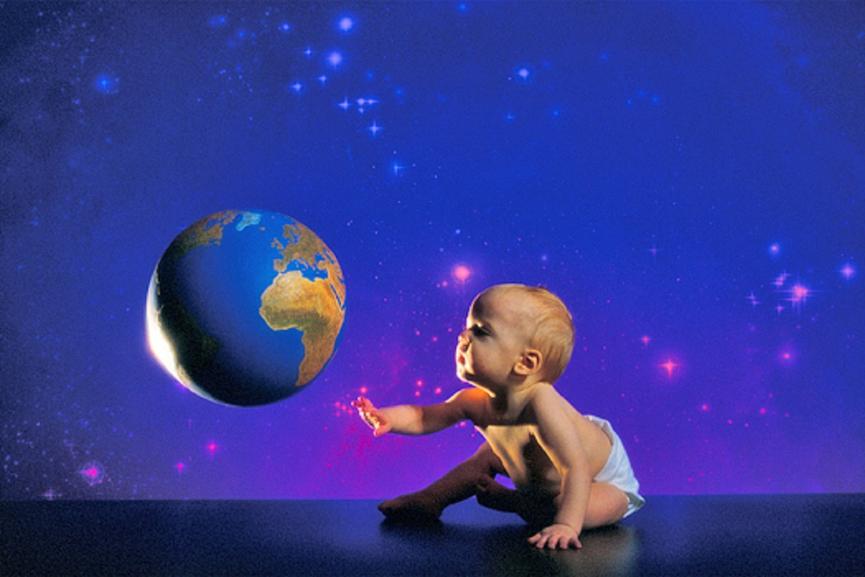 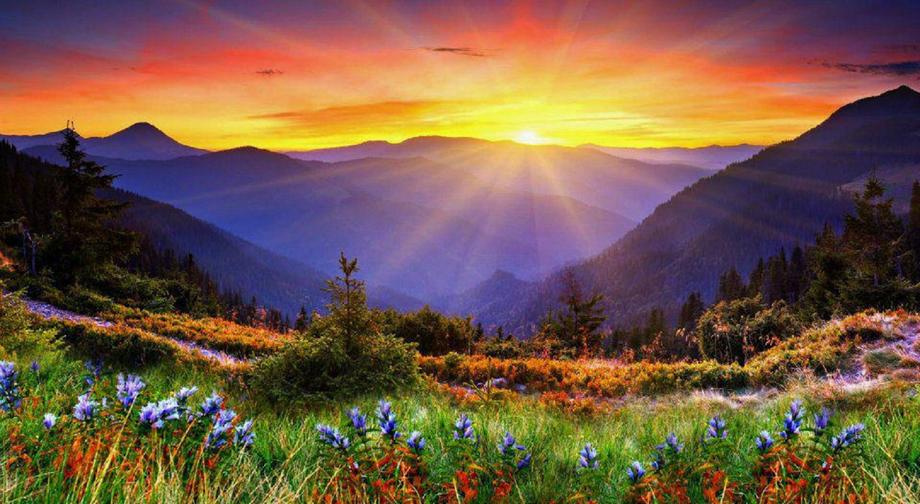